I can remember being at a conference or somewhere that my dad was speaking and during the worship music that the band was playing people were lifting their hands, swaying back and forth and closing their eyes…it was bizarre!

Yet, at the same time I felt the urge to lift my hands just to see what it felt like. I wouldn’t dare! I was not raised in a church where people did this sort of thing. Why would they?! We were dignified, singing only hymns from a hymnal led by a choir dressed in polyester robes to their ankles with big satin collars, accompanied by an organist.

No sir! We were not led into worship with the most high God by some hoodlum, wearing ripped jeans with holes in his ears and tattoo’s down his arms, who claimed to be saved.

At least that’s not what I was taught. This was before I took hold of the truth that things we are taught growing up are not always for our betterment. Some beliefs stem from insecurities passed down from generations, prejudices, years of attempting to follow rules instead of pursue a relationship. They are fine for remaining stagnant and unaware that there is anyone in this world who might have it worse than I.

At times ignorance is bliss, because once you see it, the poverty, the single mother of 4, the rape victim in the ER, the natural disasters that happen all around us and the children being sold to the most vile of people whose intentions are unimaginable (just to name a few), once you see it with your own eyes, you have to do something or the guilt sets in. And no one likes to feel like they are not doing enough… or even worse, not doing anything…

So why leave the bubble of neutrality and meaningless messages from a communicator who stands high in a pulpit, adorned in black robes, speaking hollow words that are difficult to understand and will soon be forgotten even if they did contain depth. One who is incapable of reaching people because of his lack of ability to relate to those of us who have done things that he would deem unforgivable.

There is a song by Josh Wilson called I Refuse. The lyrics speak to this very thing.

Back to the subject at hand that started my rant…

I remember the first time I lifted my hands as high as they could go towards the Heavens. It was not even 3 years ago. I was in the shower and as the water hit my face and I could feel the muscles in my arms stretching and my spine straightening, I closed my eyes. I felt a oneness and also a homesickness of sorts…all at the same time. It was just God and me. It felt as if there was no barrier. Not even clothes!

I had never felt such closeness with the Father.

It would be some time before I raised my hands to the Heavens in public. It was just too far out of my comfort zone. Or shall I say it ventured too far outside the realm of my ego.

Ego is a dangerous and tricky thing. If I am living in ego, I am Edging God Out. (That’s not a Joy original. In fact most of us who have been through any kind of 12 step program have heard this before.)

My pride (one of many words derived from ego) would not allow me to open my palms or lift my hands to the maker of heaven and earth. For years I sat in an uncomfortable state when I heard a song that spoke my story. The story I was living at that moment. It was as if gravity itself were keeping me from lifting my hands.

There was a time when I felt that I was denying God by not opening my hands when I felt moved to do so.

I would learn later that the reason my ego kept me imprisoned was because the day I lifted my hands to the sky while singing a worship song, I felt a freedom that I had never known. Complete surrender. 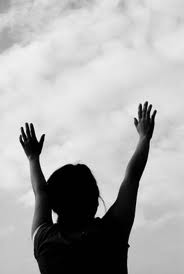 For once in my life, I didn’t care what people around me were thinking. And the truth is, they probably weren’t! I opened my palms and spread my fingers as wide as they could go, while being led into worship by someone wearing jeans with holes in his ears and tattoos down his arms. And I promise you this, God poured out blessings in the form of a better understanding of circumstances, removal of fear, empathy for the lost, love for those hurting, I could go on and on…I closed my eyes and lifted my head to the giver of life. Though I was in a building with a roof, it felt like gold dust was raining down onto my face, filling up my hands and spilling over. No longer would I look down in shame.

This song by Tenth Avenue North – You are More says it better than I ever could.

Here are a few of the lyrics…

It sounds simple doesn’t it? Just open your hands. For me, it is accepting and acknowledging daily that I am not in control and that nothing I am clinging to in my clinched fist could ever compare to what the Heavens want to pour out. If only I will open my hands…

My challenge for you… go to a quiet place, close your eyes and open your hands. Be still… for even 30 seconds. God will meet you there. 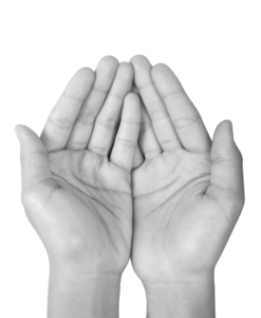 2 thoughts on “What’s the Big Deal”