Ever drive by a church during the Easter season and see the cross that stands in front draped with a sash? I have always seen them in passing and thought, “Oh, I get it! Purple is before he died, Black for when he died and White for when he rose again. Flowers? New life? I guess? That’s cool.”

That was about as far as my thoughts went.

This year was different. I sought out a cross adorned with a sash. There were two that I really loved.

The pictures below document how I would describe Easter to someone who had never heard of it and knew nothing of it’s meaning. I have many friends who are not believers in Christ nor do they want to discuss what they think to be a fictitious fairy tale. Easter is no fairy tale. It’s a horror story of injustice and brutality with a twist and an ending that no one saw coming.

This is a way for me to make this super personal. Please do not read this as me comparing myself to Jesus. That is not the way it is intended.

Everyone was seemingly happy and supportive. There were high fives and praises being thrown around like they were nothing. Jesus could do no wrong. In fact, people lined the streets to see him. They even talked about how incredible he was. I would go so far as to say that they adored him. In my own life, I can compare this to when I’m the one with the credit card and open tab at the bar and yell, “DRINKS ON ME!” Everyone’s happy, right? There’s a lot of love being passed around. 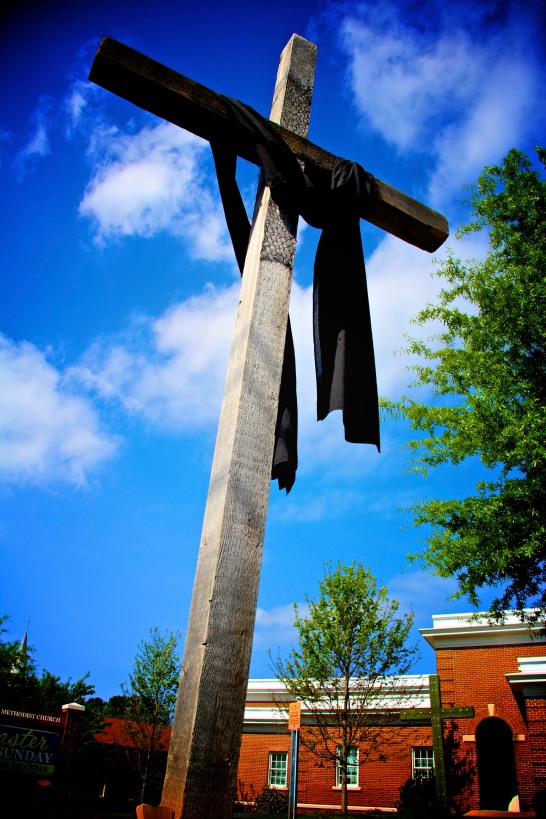 Something went wrong. People began to turn on Jesus and accuse him of things that he had never done. They yelled terrible things to the people in command. This is an example of words truly having the “power of life and death.” They demanded his demise. Those closest to him felt that all hope was lost.
Applying this to present day… This is when my credit card is declined and no one wants to talk to me anymore. The house lights come up and people begin accusing me of stealing, being promiscuous and talking about things I know nothing about. They slay my reputation with their words and judgements. This is when my mom says, “I don’t know what happened? She was such a “good” girl.” The world goes dark and I begin to think that I might never recover.

Resurrection. Hope is not lost. The light of the world has not been snuffed out. Those people who were screaming, “Crucify him!” were now scrambling. How could this be? They weren’t counting on him actually being who he said he was. They weren’t counting on him actually going through with the plan.
For me, this one is all about God. I have absolutely nothing to do with this part. (SIDE NOTE: Today when I told my son that we needed to throw his shirt in the wash right away because he had spilled chocolate milk on it, he asked, “What’s a stain?” Without hesitation I replied, “It’s something that leaves a permanent mark.” Wait…what? That’s right. It’s something that leaves a permanent mark. I learn so much in conversations with my kids) I was stained. The marks were difficult to see in darkness, but when brought into the light, they were absolutely glaring.

Then God… met me where I was… in the depths. He scooped me up and didn’t promise me ease, he just promised me possible.

A new life began from that point.
I was dead in my sin.
Now I am alive in forgiveness and grace.

Today, my life, is a masterpiece.
The masterpiece began on the day I was born and will continue for the rest of my life.

I will never look at those crosses the same way again. How could I? Now it’s personal.