I have been told that the sins of the father, like some genetic curse, are passed down through generations. I’m not sure if I believe that? I have seen things that would indicate it is true and other things to disprove it’s validity. What do you think?

Do you have a father who does or did the things that you swear you’ll never do? Be careful what you think about. Wherein your focus lies, you will most certainly gravitate.

A recent conversation took me back 18 years to a time when I was thrown into the chaos that was my parents very messy, very public, divorce. I remember being furious at the judgement flying around. I recounted the headlines, the accusations and all of the nastiness from so called Christians. Within moments I was once again in the midst of one of the most tumultuous times in my life.

Wounds I thought had long since healed, suddenly begin to ache. Instead of a band-aid, I need a tourniquet. Pain that I have learned to disregard from years of unanswered questions now surfaces and I am left mentally struggling like a drowning person fighting the current. 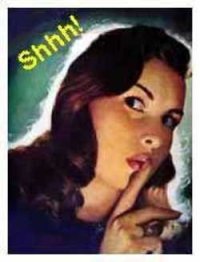 I am no stranger to secrets. Secrets of my own as well as those of others that were never mine to keep. I have lived a life wrought with guilt and shame. I have stuffed mental and emotional closets full of regret until the door would barely close.

The problem with this type of coping is that one day, everything comes pouring out. And not gently, but rather forcefully. There is no way to prepare for when this happens.

The beautiful part about the sudden onslaught of contained darkness is that it forces you to sift through the wreckage. There is almost always one of two outcomes. Either the pain is too great and denial so deceiving that one is not able to rise above their circumstantial feelings or healing is found through a journey of painstakingly, rigorous honesty.

For someone who lived a life of secrecy, it is no simple matter to turn from the familiar and embrace the unknown. However, one reaches the point where the silence becomes deafening as it screams truth.

There comes a time when I must stop hoping for a better past, accept what is, make amends where possible, and live in the present, continuing to move forward.

Right here, right now, I release the sins of my father and the sin of anyone else (for that matter) that has been projected onto me, either by force or choice. They have no power over me, nor my children, nor my children’s children.

I am not beyond the reach of grace. When the voice of doubt shouts at me, I will turn my ears to the whispers of truth.

9 thoughts on “The sins of the father”