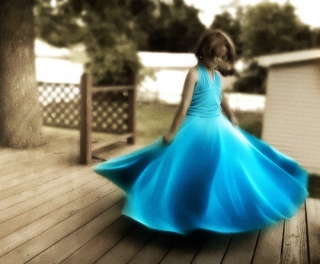 Ask any child who Cinderella is and they will most assuredly know.

When asking my 3 yr. old son if he knew who Cinderella was, he said, “Ewwwww. I don’t like Cinderella.” I would say that’s right on track with where he needs to be. Like her or not, he knows who she is.

The other day on my drive home, the song “Cinderella” by Steven Curtis Chapman came on. I have heard this song many times with goosebumps covering my arms, while envisioning a little girl standing on her daddy’s feet as he dances her around.

This time was different. The tears began streaming down my face. I literally said out loud, “What is wrong with me?! This is ridiculous! Dry it up!”

I have been thinking about it ever since. Singing the lyrics over and over in my mind. “I will dance with Cinderella, while she is here in my arms, ‘Cause I know something the prince never knew…” Each time, I feel the lump well up in my throat.

When I finally took the time to sit down and start writing, clarity was found.

How many of us aspired to be a princess? Not just any princess. THE Princess. Cinderella. Nothing sounded better than being rescued from a life of chores and mean sisters. Throw in a personal fairy godmother, a makeover, a prince, a happily ever after and most of all, being able to say, “Shove it!” to the wicked stepmother and we have ourselves a fairytale.

And then something went wrong.

It wasn’t that we had brown hair instead of blond or that we didn’t have a stepmother or stepsisters to fit the story. It was that some of us took a different path. We thought that after enjoying adventure and having more “fun” we could come back and cross the finish line of life, as a Cinderella.

I haven’t read the story of Cinderella in quite some time, but from all the times I have read it in the past, I don’t recall the part where she cusses out the bartender when he yells “last call.” Or cuts marks on her body as a painful reminder that she’s real. Or where she sticks her fingers down her throat until she pukes everything that she had just binged so that she can eat more and keep stuffing those feelings down while maintaining the illusion of control. I don’t remember where she gives herself away to those who’s name she can’t even remember? Or where she stands before the full length mirror, a skin cloaked skeleton, scrutinizing every inch of her body.

Those pages must have been missing from the book.

For many of us, they are the most prevalent. Those descriptions mark a part in our story where everything changed. Shame became a constant companion. The reflection in the mirror was unrecognizable.

The realization came that there would be no horse-drawn carriage to take us to the ball. There was no army frantically searching the land to find the foot that fit the glass slipper (our foot), while the prince pines away back at the castle awaiting the return of his true love. 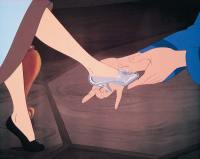 None of us dreamed of being addicts or alcoholics, prostitutes or strippers, a teenage mother or a 20-something divorcee.

We all had similar dreams. So what happened?

It doesn’t matter the details of destruction. All that matters is from today… from this moment… how the story ends.

May I paint a mental picture for you, Beautiful One?
We aren’t waiting for the prince.
There is no clock to strike midnight and strip us of our dreams.

The King Himself prepares a place for us. The Creator of the heavens, waits for us. He beckons us. He eagerly awaits eternity with us. I don’t know how your story reads up to now, but I know how it can end.

You are a Precious Treasure, Favored, Adored by the Creator of heaven and earth.
Don’t give up, Darling.
Keep going.
It is in those times of weariness that we must listen for His whisper and embrace the anticipation of one day being His bride.

There is no better “ever after.”

1 thought on “Cinda-who? A different kind of Princess.”